What Do You Mean That’s Not Your Name?

The Chaos and Choices of Changing a Name 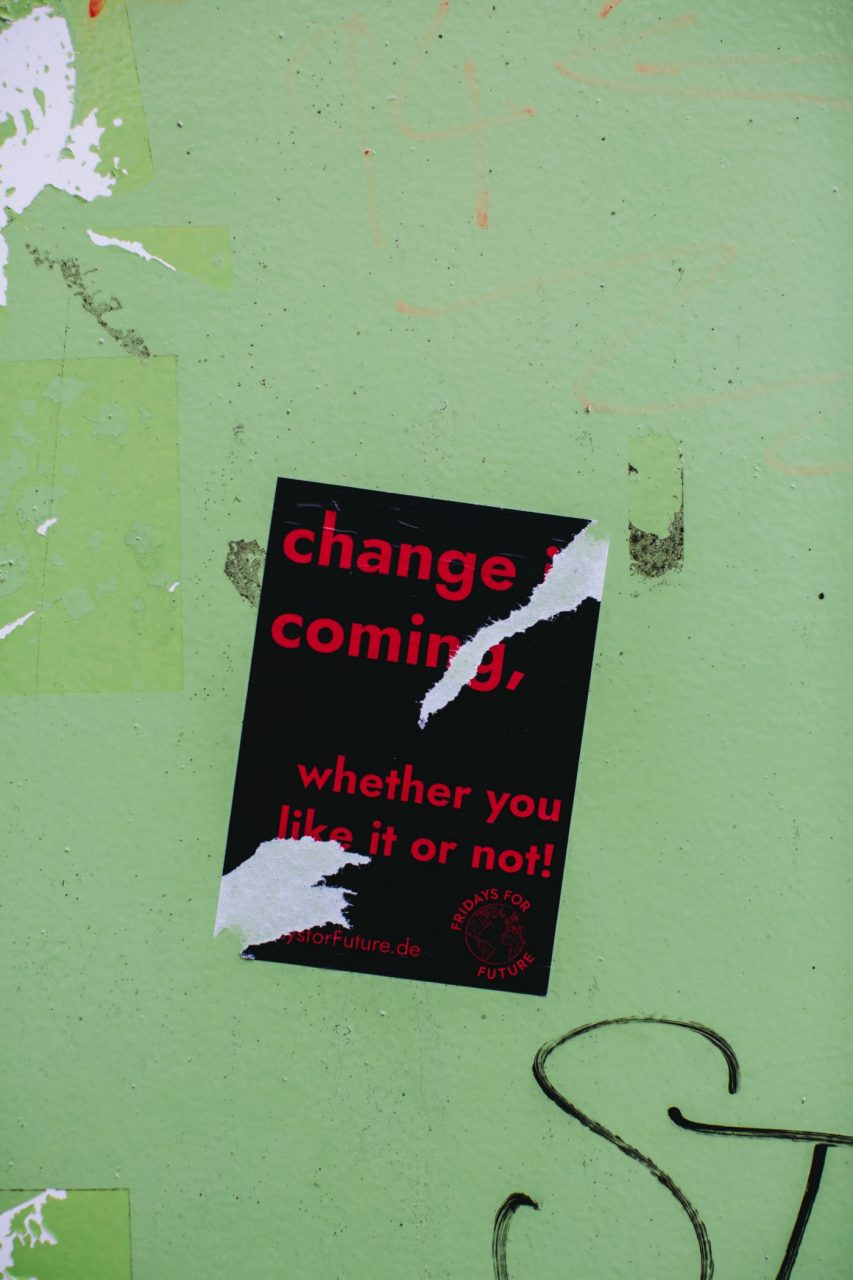 Photo by Markus Spiske on Unsplash

As I write this, I’m preparing for an enormous change in my life.

Not marriage, BTDT…, Not another move- though I’m pretty certain I’ll be relocating at some point.

No, this time it’s a step that feels even bigger to me… I’m changing my name.

Let me roll it back for a sec ’cause I know that might not sound like such a big thing. “Why not?” You ask. “What’s the big deal?” “If you don’t like it go right ahead and grab a new name that feels right!”

I’m with you on all that! AND…
My mind is warring with itself over this.

• Because my mother changed her name at least four times before I was 40, once not telling me until I walked into her classroom to surprise her and was confused to hear students asking for “Leah”. Also of course, on some level, we never want to be like our mothers.
• And because I follow a spiritual path that says that my Guru is the one to grant a new name to me at some undisclosed moment marking my having reached an indeterminate at least to me level of devotion and awareness.
• Also because generally… I like my name, it’s short, easy to spell, pronounce and sign in most languages.
• Because it’s hard for me to describe just why a new name feels exactly right.
• And lastly, because I’m nervous how it will go over with people who have known me for less than a year or for more than 20.

Name changes are fraught with meaning.

They signify all sorts of things like status, personality, desires, attitudes, accomplishments, etc… A name-change is wrapped like ground pistachios within layers of filo-thin, and honeyed meaning. For example, when I got married, I briefly contemplated taking my husband’s name to signify my new status as a “married woman”. In the end, I decided not to because at that point we were planning on having kids and I wanted them to have my surname along with his. Though to be honest, saddling a kid with a last name like Fishkin-Kosh, Kosh-Fishkin, worse yet a hybrid like Fishkoshkin would have been terrible. My name was part of how I recognised and declared myself in the world.

Oh, I had toyed with different names growing up. In third grade, I insisted on being called Christopher and had several arguments with my teacher who refused to call me “by a boy’s name”. My argument about why it shouldn’t matter what name I wanted to be called notwithstanding, I felt entirely too satisfied when I brought in a copy of the T.V. Guide to show her the actress on TV named Christopher.

I also went through an ill-advised spelling change in fifth or sixth grade when I was attending public school in Philadelphia. It was all the fashion for “Amys” to go by “Aimee”. An entirely unnecessary and complicated spelling. To be fair the mid-70s was also when girls roped oversized Bonnie Bell Lipsmacker lipgloss in peach or watermelon round our necks and Love’s BabySoft was the scent of the year. Both also quite ill-advised. I transferred to an Ethical Society school the next year, dropped the “Aimee”, and somehow felt myself again.

My new Self feels different from who I have been.

We humans constantly change. Sometimes we make small adjustments; other times the shifts are gigantic. Sometimes we wind up BE-ing in ways that feel so sharply divergent, we have to work hard to remember that once upon a time we existed differently.

My journey has often been one of transformations wrapped in gossamer tangles and ribbons of discovery. Moving back to Rome, Italy to study photography at 23, I came home to myself and to a city I loved. I was confident and relaxed from the moment I stepped from the metal gangway onto the sleet-encrusted tarmac. My very American soon-to-be-pensione-mate was next to me. I led us through the maze of Italian signage-laden corridors and checkpoints, customs tables and questioners stamping passports. With each step, I recovered someone I’d left behind a decade earlier and had forgotten until reunited on that singular wintry day.

When I married at 44, I intentionally tried to BE different in the world. I was living in two semi-synced phases. Everything was new and yet not. I’d given up teaching photography, moved to a small New York town and began my life as a married “New Yorker’. I was an introvert who became known for monthly pot-luck and cocktail parties. The new me finally had the puppy I’d dreamt of raising. She was also a useful distraction when the despondency of not finding work enveloped me. The “old me” gardened, repaired dryers and furnaces, re-insulated and painted rooms, cleaned, organised, cooked, picked up work teaching yoga and befriended the studio owners. On one level I had “succeeded”- I was after all married to a great guy, whom I genuinely liked and who would make a great father and husband. On another, I was 90% unemployed, feeling lost, unsure and a complete failure. The two me’s pulled and pushed. I felt like a wool sock dragged from the washer with the wet toe, stuck and slowly elongating into shapelessness.

Now at 56, I find myself unfolding into a new me from Amy to Amrita. I feel less like a version of an old self and more as though I’m being reborn. The process is slow. Steadily moving me to a life less imagined than ever before.

We commonly assume each day will be much like the previous one. It’s easy to see life as a river flowing steadily onward. We imagine we see far enough ahead that we can account for boulders or areas of rough water. Turning to look, we congratulate ourselves for having survived waterfalls or uprooted trees. The starting moments of our journey fade as the veil of time unfurls behind us.

My new name arrived without hullabaloo or preamble, rather like someone had plunked it on my doorstep to be brought in with the post. It peered around the corners for a while before fully showing itself. Hesitant and excited, a small child visiting a county fair for the first time. The name remained and began popping up at odd moments; in the shower, whilst walking my dog, poking my bicep as I sat writing, testing me for readiness. My coffee cup paused mid-sip one morning, I sat down to investigate this name in earnest.

The name has a nice sound. Familiar in some way as though meeting a long-lost cousin with shared interests. It holds within its six letters apt descriptors for who I am and who I’m becoming. Most importantly, it feels like me with a capital “M” while the current three letters is more an old skin that tightens each morning I wake to it. This new name is shiny, sensitive as a snake newly shed from the last season.

The feeling of coming home to this name is what feels the most important. I’ve found myself whispering it upon waking as though my body is moving me towards this new way of BE-ing, my mind merely needing to follow along. Like wading into the ocean from the shore, it’s a gradual process of dis-integration, rather than diving off the pier into the deep. I am be-coming and becoming and becoming as waves upon wave sweeps me into this new sea of life.

We don’t have to change our names to allow ourselves to become new.

We humans can grow ourselves in directions we haven’t yet imagined. We can allow expansion in our thinking, changes to our behaviour and roll all of that up into what is essentially a new person, though we don’t usually shed our skin to demonstrate the differences. New glasses, new hairstyles or colours, new clothes, new styles of dress; all these are the ways we most often demonstrate that we are working at existing differently in the world. We want the world to take notice, we want people to comment on the changes and by announcing our changes “out loud” we invite comments and questions and ultimately, support for who we are and have become.

💜   Want to re-invent yourself and know more about building resilience?

🤩 Click to Check out the Resilience Toolkit Online Course