What I’ve Learned From Traveling 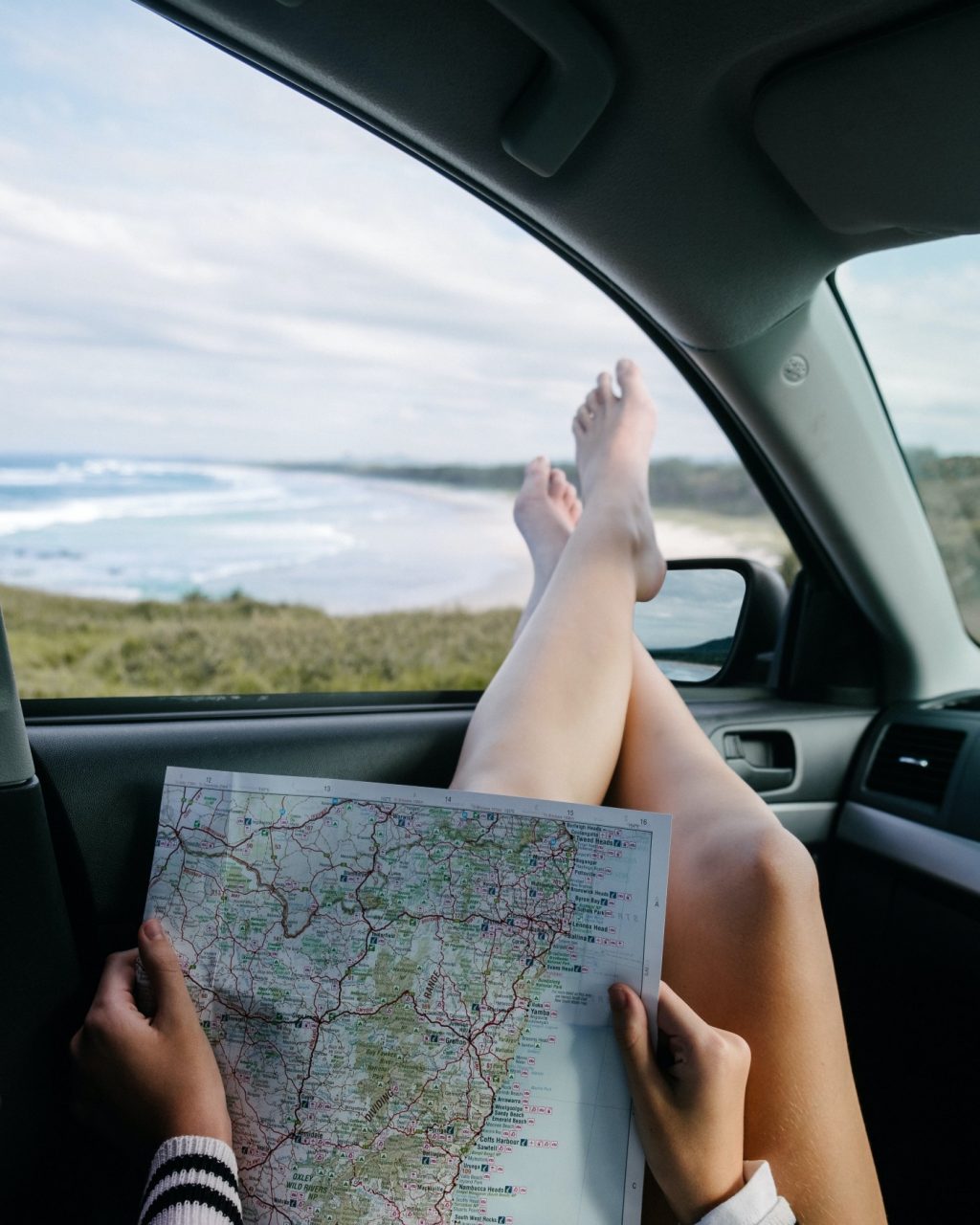 Photo by Leio McLaren on Unsplash

Many people have travelled more than I have…

And to far more exotic places, yet when I tell people that I’ve moved roughly every 4 years since I was 9 years old, I’m met with surprised dismay or excitement depending on whose doing the listening.

I never planned to move quite so often but so far I haven’t found exactly the spot where I want to live for the rest of my life. I may never find such a place and that’s also okay with me. Moving to a new town or a new state or even a new country has always felt like an opportunity for expansion and reinvention. I get the chance to start with a blank life ahead of me and to reinvest in the parts of my life that are truly important while discarding the clingy bits that always seem to accumulate no matter how careful I try to be.

Creating a home-base in a new place lets me re-evaluate many areas of my life. It’s not that the opportunity to do that hasn’t been there all along, but when we move far away from a place we’ve come to call “home”, we are called to action in ways that I think can be harder to do when you stay in the same place all the time.

So far, I’ve lived in 9 states in 2 different countries: Rome, Italy (at two different times of my life). Washington, D.C., various towns in eastern Penna and New Jersey. Nyack, NY as well as in the heart of The Adirondack Park in upstate NY, (a move which let me escape to Montréal, Canada many weekends). Coastal New Hampshire and western Massachusetts, Asheville, NC and for now, Longmont, Colorado.

With each move, I needed to set up a new home-space for myself. When I was a kid and we moved to Italy, I looked for the shops that had the best ice cream, books, café latte and art supplies. As an adult, my responsibilities for finding things increased to include plumbers, electricians, lumber yards and quarries. I had to figure out who to call to get various utilities turned on or off, and where the libraries, DMV and voting places were.

Each time I’ve said goodbye to a group of friends and fellow musicians, artists, cooks and coffee-sharers. Each time a few of them have stayed in contact, a few have gotten pissed at me for leaving and many have simply fallen into the past, (or I’ve fallen into their pasts, I haven’t ever figured out which way that really goes).

With every move arrive new people. A couple people to bike or hike with, a new group sharing coffee, iced with cinnamon or laced with liquorice sirup. Now, mid-Covid-19 winter, we stand around a fire pit enjoying the combined bite of early morning sub-20F air, the wave of heat from the fire and the far-ranging conversation until an hour passes and we head off to our obligations.

I’ve taken to throwing potluck dinners as a way to make new friends. When I moved to Nyack, NY to be married, we lived on a street with 17 artists. The very first week I set out to meet them. We invited all of them to the first potluck and it was such a hit, we did it again every month or so until we had created a core group of friends. My potluck habit often morphed into an old-school cocktail party which let my more introverted side have fun knowing I’d only have to be “on” for a couple hours. The best part was introducing people to one another. Deep friendships instigated by a hot dish and a cold drink.

Sometimes the dinners were small, as with the group of inventive people I became friends with in Keene Valley, NY. It was a town of 200 year-round residents and very long, snowy winters. I moved there shortly after my divorce and had planned to stay only a year. Making art, teaching yoga and figuring out what to do next with my life. I ended up with a boyfriend, 4 jobs, a core group of very cool friends who saw me through the death of my father, the end of a romance and whatever else life tossed at me. Often this involved very long hikes, snowshoeing, sharing meals and several times even trying to teach me to rock-climb, (a thing I’m 100% game for and only 30% good at).

Some potlucks grew large and lasted so late into the night that I swore off them for months. My monthly Asheville, NC potluck grew from an initial 10 persons to the 50 who stayed one summer evening until I finally kicked them out at 2:00 am. I invite people over with the words, “Bring a dish, a bottle and an instrument if you play one. If you don’t play anything I’ll give you spoons”. This usually ensures great music, lots of interaction, excellent food and more laughter and connection than I can imagine building in a year of casual meetings.

I’ve learned to handle friends who can’t bear my departures. I understand the pain that can come when a friend decides to move hundreds of miles away. When we live close by one another, we can form friendships based on shared activities- hiking, walks, movies, meals. The separation created by distance shifts relationships. Like salt-water taffy, sometimes they stretch and grow smooth, other times they tear and separate.

Some people have cut ties entirely with me when I move. A few will tell me in person. Occasionally someone will see it as a betrayal of friendship. Over the years I’ve worked to ease the pain of separation by connecting in letters, emails, and calls. I’ve also come to terms with the fact that some people will not forgive me for leaving and I have to release them with graciousness.

Each move brings the need to re-establish myself in a new town and new digs. Early days spent searching for the best grocery, dentist, acupuncturist, chiropractor, etc… I ask ‘round at coffee shops to discover the seamstress, plumbing/electrical supply and the “handyman” who actually knows what he/she is doing.

This can land me in lengthy, interesting conversations. The IT guy who writes sci-fi novels and is one of the funniest people I’ve ever known, an English teacher whose way with poetry and narrative is equalled by a bell of a voice. I’ve been hired to do what I considered “left-hand” turns in my professional life like building websites for a small company and working to help design and build imaging systems for a major corporation, all because I asked someone somewhere a simple question.

Sometimes the conversations lead me directly to what I was seeking, like the best guy near Portsmouth to install my backup generator, the person in Keene Valley who will take me hiking, or someone in NJ to fix the clutch on my motorcycle. Other times I’ve learnt about collecting rare books and been invited to join a writing group or teach a drawing class or jam with some fantastic musicians. I never can tell what is going to come out of a conversation when I start by asking, “Where’s the best place for doughnuts?”. I do know that whether I get the answer I’m looking for, or an in-depth description of the 10 best places for baked goods, I’ll often find that whomever I’ve asked has an interesting story to tell as long as I’m willing to listen.

Listening, asking questions, and getting my introverted arse out there whenever I can, has made my life far more interesting than I could have imagined. It’s led to jobs I never expected adventures, travels and romances with people and places who surprised me. It’s challenged me to stretch my ideas about who I am and what I’m capable of. It’s made me grow in ways I never imagined. It will do the same for you if you work it.

This is your invitation to put yourself out there and try something new.

Whether it’s a new place to live, a new place to hang out, new foods to taste or new music to listen to. Ask people you don’t already know interesting questions and then stick around for the real answers. All of these explorations will change you in some way- they will push you forward and your world will grow a bit more every time.

Then take some time to breathe in those changes. Sit somewhere calm and quiet and reflect on what is new in your life. What cool, interesting or unexpected thing happened this week, or in the past month? How did it affect you? By thoughtfully reflecting on the changes we notice around and within ourselves, we deepen the growth that occurs and we encourage more to come. Growing in this way will bring you to your most enriched and authentic self, as Seth Godin puts it, “our most considered self”, and a considered, authentic self is whole. Infinite, eternal and whole.

💜 Interested in learning how you can deepen your own travels in life and build resilience?

🤩 Click to Check out the Resilience Toolkit Online Course